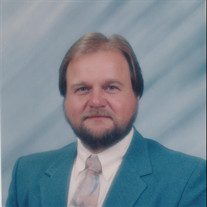 On Thursday, July 4, 2019, James “Larry” Helms, loving husband and father, passed away at the age of 66. He was born in Avon Park, Florida on February 28, 1953 and resided in the Pleasant Groves community. After 28 years of service in building maintenance, he retired from the Jackson County Board of Education. He married his wife, Norma (Amrhein) Helms, on December 20, 1985 and was the father of one daughter, Kimberli Helms. In addition to his wife and daughter, he is survived by his mother, Gladys (Hall) Helms, his brother, Steve (Nancy) Helms, his sister, Faylene (Eddie) Smith, his brother, Randy (Dianne) Helms, his brother-in-law, Pete (Kathy) Amrhein, and his sister-in-law, Darlene (Ralph) Warren. He is also survived by 9 nieces and nephews, 10 great-nieces and -nephews, and his faithful dog, Aeden. He was preceded in death by his father, James Helms. Visitation will be Saturday, July 6 from 6-9 PM at Rudder Funeral Home in Scottsboro. The funeral will be held on Sunday, July 7 at 2 PM at Rudder Funeral Home chapel, conducted by Rev. Duran Teague and Dr. Steve Screws.

The family of Mr James Larry Helms created this Life Tributes page to make it easy to share your memories.

Send flowers to the Helms family.