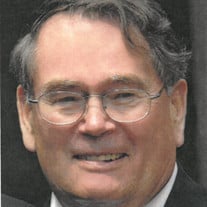 Richard Calvin Morris, 82 of Marietta, GA, died January 27, 2020. Visitation will be Saturday, 1-2 PM CT at Rudder Funeral Home in Stevenson, AL. The Funeral Service will be held at 2 PM CT in the funeral home chapel. Interment and Military Honors will be in Stevenson City Cemetery. A Memorial Service will be held in Marietta, GA at a later date. In lieu of flowers, donations may be made in his honor to the Diabetes Foundation. Richard Calvin Morris was a retired Army officer who served more than 28 years as an Army Officer of Infantry and specializing in psychological operations. He served in numerous infantry related command and staff assignments including Infantry Company Commander, battalion operations and Executive Officer, brigade level operations and US Army Europe Operations Staff Officer. As a special operations specialist in Psychological Operations (PSYOP), he was Chairman of the Special Operations Division in Atlanta, GA. His overseas assignments included two tours in the Republic of Vietnam, two years in the Republic of Korea, four years in Germany and three years within NATO forces in Belgium. Among his decorations are: a Defense Superior Service Medal, two Legions of Merit, a Joint Service Commendation Medal, five Meritorious Service Medals, and Air Medal, The Vietnamese Cross of Gallantry and the Army Commendation Medal. He retired as a Lieutenant Colonel on November 1, 1987. Upon retirement, Col. Morris became the Human Resources Manager for the Atlanta Division of Vertis, Inc., a media services company and a national commercial printer of newspaper advertising inserts and comics. He retired from Vertis on November 1, 2001. Colonel Morris was a graduate of Shaker Heights High School in Shaker Heights, OH. He has a BA degree from Syracuse University in Syracuse, NY, where he was a member of the Syracuse Orangemen's varsity football team from 1955-1959. Morris went on to receive a Master's Degree in Public Administration from the University of Missouri at Kansas City while attending the Army's Command and General Staff College at Ft. Leavenworth, KS. Richard Morris was a member of Mt. Bethel United Methodist Church, serving as a volunteer counselor on the Jobs Ministry Committee, the East Cobb Lion's Club of Lion Club International, serving as it's President in 2006/7, a member of Sigma Phi Epsilon Fraternity at Syracuse and an inactive member of the American Legion. Born in Libertyville, IL on May 3, 1937, he had lived in Marietta, GA since September 1986. Colonel Morris is survived by his wife, Jean Caperton Morris of Marietta; his daughter Ann Elizabeth Morris of Eden Prairie, MN, sister-in-law Barbara Caperton of Stevenson, AL; nephews: Major General US Army Retired Stuart (Amy) Dyer of Birmingham, AL, Colonel William Morris of Ewing, NJ; nieces: Julie Dyer of Dalton, GA, Cathy Dyer (Jerry) Potter of Roswell, GA, Hilary (Anthony) Tamburro of Jersey City, NJ, Ellen Anne Tipton of Birmingham, AL; Katye Tipton of Houston, TX; great-nieces and nephews and one great-great niece. www.rudderfuneralhomes.com

The family of Richard Calvin Morris created this Life Tributes page to make it easy to share your memories.

Send flowers to the Morris family.